One in four pregnancies result in a loss of some type which means nearly a million babies in the United States alone are lost.  If you haven’t experienced a loss, it’s very likely that you know someone who has.   As widespread as pregnancy/infant loss is, it’s a very misunderstood experience and frequently swept under the rug.  Baby loss parents often feel very alone, even shunned.   I know I did, and I know many parents who have felt the same way.

Why is pregnancy/infant loss ignored?

As a culture, we tend to compare ourselves with others (and compare our friends with other friends), and this, unfortunately, includes grief.  Most people have a ranking list somewhere in their heads of what the worst possible loss would be for them, followed by the next worst loss, etc, until they get to the bottom of their list.  This is their hierarchy of loss list, and everyone’s list is different.  The lower a loss is placed, the more a loss is minimized.

With pregnancy/infant loss, many people rank their lists by how far along the pregnancy was when it ended.  The further along a pregnancy was, the higher the loss is placed in the hierarchy.   Early miscarriages are then seen as an unfortunate experience to be forgotten as soon as the bleeding stops.

The perception of these types of losses is further diminished by the simple fact that no one else but the parents knew this little person.   We grieve because we love, and it doesn’t matter to us how old a person was (or how far along a pregnancy was).  However, for friends and family to make sense of the loss, they try to lessen the loss by lessening the attachment (and love).  Unfortunately, the ways of trying to do that are often the most hurtful.

I really don’t think anyone truly wants to hurt a bereaved parent, and most of these shaming comments are meant with good intentions.  My mother said some of the MOST hurtful things to me after my losses, and I know she never intended to inflict more pain.  She wanted to help and didn’t know how.  Nevertheless, her comments HURT as do all of these comments no matter how well intentioned they are.   By the way, all of those comments above are real comments said to real baby loss parents.  And they are all incredibly hurtful!

So, before you say something to a baby loss parent (and yes, they are still parents even if they do not have living children!), stop for a bit.  Take a deep breath and really listen to what the parent may – or may not – be saying.  Note their body language.  It could be that the only thing needed at that moment is a hug, some physical contact with someone who isn’t judging or proffering advice.  Listen with your heart and put aside what you think you know about baby loss, grief, and the grieving parent.  Meet them where they are at, not where you are at.

Please remember this . . . a baby loss parent doesn’t want you to fix them.  They aren’t broken, and there’s nothing for you to fix.  Please don’t try.  They are grieving, and that is a normal reaction to losing someone you love.

Some of the BEST things to say:

I love this bit of advice from a baby loss parent – keep it simple.

Some of the WORST things to say:

Some of the worst things to do:

As I mentioned before, we grieve because we love and that love doesn’t die when the baby dies.  Bereaved parents need permission to grieve.  You can offer that in such a loving way.  When grief is acknowledged and accepted, the bereaved can learn to live wholeheartedly again.  And what bereaved parents need most is compassionate community – not shame, judgment, criticism, and shunning.   They need your love and understanding.

Written in memory of my babies Andrew John, Mark Adam, M.J., Summer Rose, and David Gregory.  We will forever feel your presence and love you always. ♥ 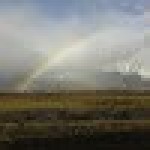